Amidst political turmoil, dangerous diseases and other challenges, we embrace the every-day life that Christ has called us to live. And of course, there’s always something to laugh about if you look close enough. 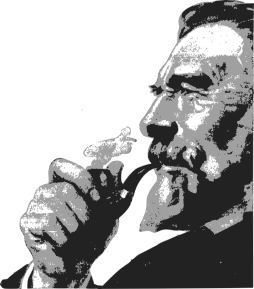 This is one of those posts which I wrote a few months ago, but it addresses our personal experience on the ground amidst foreign political tensions. I went back and forth choosing whether or not to post it, but in the end I decided I’d go for it. I hope you find it uniquely informative and entertaining.

Local elections were held on the 15th of last month in Arua. The last local representative from this region had been assassinated a couple of months prior and, with that still fresh in mind, the people showed up to the polls filled with suspicion and anger. The president of Uganda and many other members of parliament (MP’s) came to town to witness the elections, which, since no one thought that was peculiar, I believe was politics as usual. But, protests and demonstrations quickly turned to riots in town which were met with a heavy hand by police and national guard. Perhaps you have heard something of this already; what transpired has reached international news agencies.

Fortunately, we live a relatively safe distance outside of town and simply planned to stay home until the tensions passed. We had anticipated some trouble and had a bit of food and other necessities stored up. Then came a game-changing phone call. “Your children’s student passes have been approved and you need to travel to Kampala immediately to receive them. If you are not there by Tuesday (the 14th)  you could face a fine of over $1,000 U$D,” we were told. So, early Monday morning we hopped in the car and left for Kampala. Just over an hour into the trip we started having car trouble. Our route is not a good one to be stranded on with a broken vehicle, so we turned back and made it home. After much prayer and discussion we decided that I would take the night bus with the girls and Sal would remain home with the dogs. Later that morning Sal rode into town to purchase the tickets for us. By that time demonstrations had already begun in force, but, whereas it took a long time, he got in and out without incident.

Throughout the day we heard distant sounds of demonstrators clashing with law enforcement and received a constant stream of information through social media of what people had seen or heard. We contacted the bus line and arranged to be picked up outside of town just past 10 pm. That night, for the very first time, our trusted motorcycle taxi man (“boda driver”) showed up early. He was anxious to get us onto the bus and return home to his own family. He and two other boda drivers carried Sal, the girls and I to where we had arranged to meet the bus.

Initially things were calm enough. Then a small group of demonstrators identifying themselves as “The Resistance” by their red headbands came marching by and chanting. I won’t tell you what they were saying but it was enough to get themselves in plenty of trouble. Our boda man and Sal were laughing together, making light of the situation and finding things and people to poke fun at to pass the time. I was chatting quietly with the girls who teeter-tottered between worry and curiosity. When police and national guard began rolling past us, even our boda man became alert and started to look worried. It was a selfish prayer, but I kept asking God to allow things to remain peaceful another 10 minutes or so until we were on the bus and Sal on his way back home.

When we finally spotted the headlights of the bus coming up the road we all sighed a grateful prayer and breath of relief. We had been watching as all the commotion moved gradually up the road, drawing continually closer to our position. We were playing chicken with the turmoil, hoping the bus would arrive before it drew too close. And praise God it did! Sal and I said a hasty goodbye and I moved to quickly settle the girls into their seats for the night as the bus wasted no time in getting back on the road.

When I sat down I texted Sal and apologized for not giving him a kiss goodbye. In all the stories the valiant couple always stop time long enough for an epic romantic embrace before turning to face the oncoming danger before them. I was a bit disappointed in myself to discover that, when circumstances demanded it, I was pathetically deficient in the romance department. I had the perfect plot painted around me: approaching danger just over the horizon, unfair demands pulling us apart, a sad and uncertain sending away, a brave knight seeing his beloved to safety. And I  totally ruined the moment with a hurried “See you later honey,” as I scrambled onto the

bus behind the girls.  As Sal rode home to safety, and the girls and I moved south and away from the turmoil, I made a silent promise to myself to be much more epic the next time.

The rest of the story is far less dramatic. Sal fortified our home “just in case” (and to pass the time). The girls and I stepped off the bus in the morning and headed to immigration to finalize their paperwork, which went well. Then we hung out in Kampala for a few days to let the northern turmoil subside a bit. Although the protests did make it as far as the capital, our closest encounter was when our Uber driver drove like a maniac to weave his way through the traffic jams they were causing. I’m pretty sure that at that moment, our Uber cab was a far more dangerous place to be.

We took another night bus when we returned to Arua. We must have been served some bad food just prior because two of the girls had the runs. There are no bathrooms on Ugandan buses. Just as I was deciding to ask the bus driver to stop on the side of the road so that my girls could relieve themselves out in the African bush in the dark of the night, Arua came into view on the GPS map on my phone. I comforted my girls with those words all moms are familiar with: “Just a little longer honey; we’re almost there.”

When we got home we quickly used the bathroom and crashed into our beds. We didn’t wake up until midday. As Sal and I decompressed the whole series of events together, we realized how exhausted we were and did a bit more sleeping. Two days later Mila became very sick and tested positive for malaria. I won’t go into detail except to say that malaria is a wretched disease and Mila has since recovered well.

Circumstances have been driving me to my knees with increased intensity. Before one challenge I bring before God has passed, we are already confronting another. Mila is starting to feel better and Hadassah suddenly comes down with some strange virus. We raise just enough money for a project in the refugee camps and then our car breaks down. Political tensions subside and we hear a case of Ebola has been documented only 20 miles from us. It is far too easy to get bogged down or discouraged over our challenges. But God, in His typical way, has changed my heart instead of my circumstances. Not that long ago, I was in that state of culture shock where you are 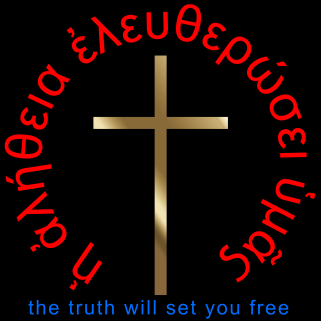 taking everything  in while remaining on top of and at a distance from it all. It’s kind of like a job orientation where you are being guided through your new circumstances and responsibilities but don’t yet fully claim them as your own. I’ve experienced that overwhelming and exhilarating sensation of the first day on the job when things get real. But I must say, I often feel like a manager who was thrust into their position unprepared and under-qualified. The physical, emotional and spiritual needs we confront on a daily basis are so great that it’s easy to forget that we carry the hope of the greatest gift of all within us: the freedom-giving Gospel and Christ Himself.

So now, life has pretty much continued as normal. We’re involved in various children’s programs and working on starting a system of libraries which I am very excited about. Within the next couple of months we should have a community library in Arua functioning as well as a mobile library running in various parts of Rhino Refugee Camp. I’ll share more about this vision and project in a future post. We face a constant pressure to do more as we’re continually met with such great need, but that is also a thought for a later post.

As a journalist I find myself analyzing these current events, guessing at what roads they might take the country of Uganda down. In less than three years the presidential elections will take place and the fate of the nation rests on the shoulders of a generation in which 80% of the population are under the age of 30. As an anthropologist I am trying to get inside people’s heads to figure out why they are the way they are. Complexities of culture and tradition run deeply here. As a feminist I’m crying over women’s unjust struggles and brainstorming ways to level the playing field. As a mother I’m sitting in the dirt with kids, trying to love them in a practical and meaningful way. And as a Christian and a missionary, I’m pulling together all of these resources within me and asking myself and God, “How can I serve this people, share with them the saving Gospel message and see communities transformed?”. These people are no longer “the Ugandans,” “the South Sudanese, ” or the “Congolese;” they are my brothers and sisters, and every day I intend to make them more and more my people.

As always, I am so grateful that you are reading this and involved in our lives. May God bless you and yours and may you too find ways to shine forth His light wherever you may be.

“Some want to live within the sound
Of church or chapel bell;
I want to run a rescue shop,
Within a yard of hell.”